Published in Bakersfield Californian on June 15, 2010

Roger Lee Madewell February 25, 1950 - June 6, 2010 Roger was born in Bakersfield to Wilma and "Bud" Madewell. He was the 2nd of 4 children. His mother remarried and Roger came to have 3 additional siblings. In the last several years Rod lived in Sacramento, but lived most of his life in Bakersfield, where he grew up in Rexland Acres and attended West High School. He loved to dance and girls thought he was the "cat's meow."

With a strong desire to serve his country, Roger left school to join the Army in April 1967 at the young age of 17. His basic military training was at Ft. Leonard, MO and he attended jump school at Ft. Benning, GA. Assigned to duty in Frankfurt, Germany, Rod trained with paratroopers of the German Army's Special Forces. He volunteered to extend his enlistment in order to join in the Vietnam War. He was part of the 3rd Battalion, 187th Infantry, 101st Airborne Division, and served as platoon leader. He fought on Hamburger Hill, where he was wounded on two occasions. Roger earned many awards and medals for his bravery, some of which were the Bronze Star, Silver Star, and Purple Hearts. He received an honorable discharge in September 1970.

Roger entered into two marriages that ended in divorce. His 1st marriage produced a son, whom Roger was proud to pass his name on to. As an adult, his son, too, joined the military. Roger is survived by his son, Roger Madewell, Jr.; siblings: Linda Crane, 64, and husband Merlin "Gi;" Judy Foster, 56; David Brown, 50, and wife Lisa; Steven Brown, 48; Terry Brown, 47; and, Anita Holmes, 43, and husband Liberty; stepfather, David F. Brown; and many aunts, uncles, nieces, nephews and cousins. "Troop," as he was called by some, was a proud American combat veteran. He was a special one-of-a-kind family member and friend who will be sorely missed. Although the war never left his thoughts, may he now truly rest in peace. We love you, Brother, and, "Welcome Home, Soldier!" Viewing at Hillcrest Mortuary on Thursday, June 17, from 2-8 p.m. Service in the chapel at Hillcrest Mortuary, 11 a.m. on Friday, June 18, followed by a graveside service on the "Hill of Valor." Reception to follow at Narducci's Café for family and friends. www.bakersfield.com/obits 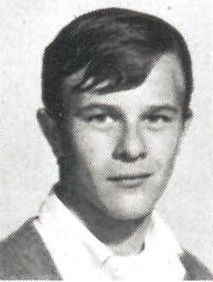