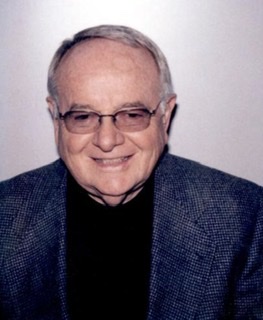 He was the "original consensus-builder," a teacher-turned-principal-turned-district superintendent who combined a quiet, calm, almost shy demeanor with a steely-eyed determination to get things done — on local school campuses and in every corner of his community.

Don Murfin, whose respectful brand of local leadership brought great change to the Kern High School District, prompted the retirement of the Confederate flag at South High and helped develop the county's flagship library, died March 25 from complications of heart disease. He was 92.

"Maybe his defining characteristic was his ability to get community consensus on sometimes very contentious issues," said Joel Heinrichs, a former student at South High School who would become a lifelong Murfin family friend.

"He was often able to get a diverse group of people to agree on a plan that would work," Heinrichs said. "As a leader, he was really quite remarkable."

After graduating from the University of Northern Colorado with a bachelor's degree in mathematics and science, and the University of Denver with a master’s in secondary education, Murfin served three years in the U.S. Navy.

His career as an educator began when he and Lois moved to Shafter, where the budding teacher took a position at the local high school, teaching a variety of courses and coaching a number of sports.

But that apparently wasn't enough for this overachiever. He also worked as a counselor, as director of student activities, adviser to student government and more. In 1959, with one daughter at home and another on the way, the family moved to Bakersfield where, ultimately, Murfin was moved up the chain of command to assistant principal in charge of curriculum at South High School.

Later, after a stint at the district office, Murfin returned to South in 1968 as school principal. It was a time of great strife across the nation, and at South High, too. It was during this crucial period in history that Murfin's character and leadership skills were tested.

"Don brought a whole different level of humanity to that job," said longtime Californian columnist Herb Benham, who grew up across the street from the Murfins and attended South High during Don Murfin's principalship.

The Confederate battle flag, a symbol used by Alabama Gov. George Wallace, the KKK and other white supremacist groups, was still being used by the South High drill team and for other school functions.

And many believed it was time for the flag to go.

Through it all, Murfin maintained his "quiet, strong and humble" demeanor, Elder said.

"Don was not a big guy, but you felt you were dealing with someone who had some gravitas," Benham remembered. "It was the kind of gravitas that comes from a set of principles, that is centered in virtue."

Murfin enlisted help from student government in making the decision. And the flag was retired.

"He was the original consensus-builder," Benham said. "And he was persuasive."

In 1981, Murfin rose to the position of KHSD superintendent of the Kern High School District. He oversaw the funding and construction of four new high schools, and the realignment of district school boundaries.

In 1989, he was co-founder with Jim Burke of Project 2000, a unique and nationally recognized public-private effort to assist "average" students in transition during and after high school. Top scholastic achievers were accorded special attention, as were the lowest achievers.

Burke and Murfin wanted to do something for that middle group.

He was also president of the Kern County Library Foundation, and following his retirement at age 60, Murfin was instrumental in the funding and development of the Beale Memorial Library.

Although small in physical stature, Murfin seemed larger than life in his leadership roles as an educator and as a retired professional.

"His time as superintendent was brutal," remembered his daughter, Morene "Mori" Murfin Elder. "But he loved it."

And he never stopped.