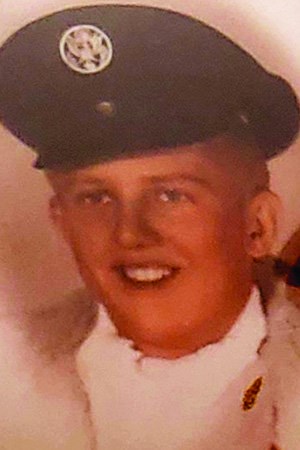 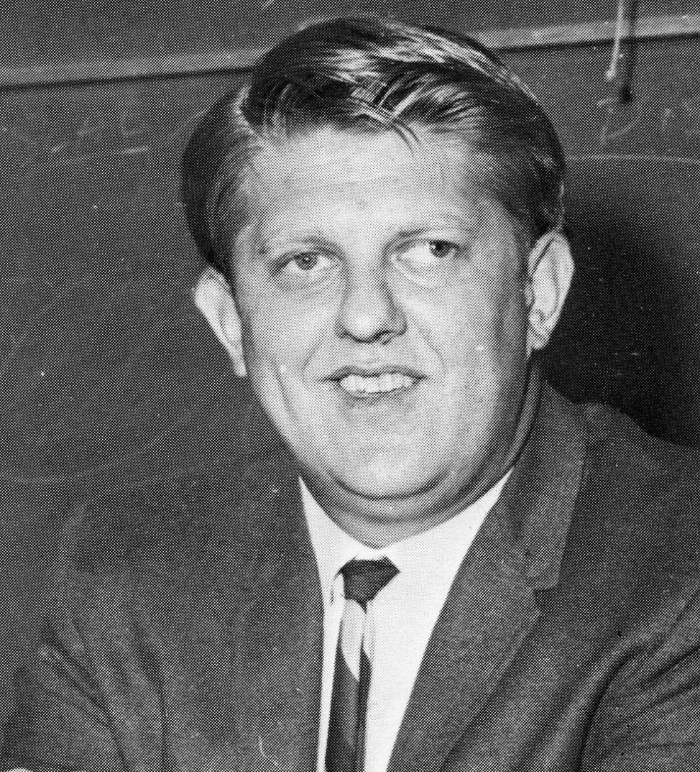 Russell Kominitsky, age 87, of Bakersfield, CA passed away peacefully on May 25, 2021 in Bakersfield where he resided for 59 years. Russell was born in Coaldale, Pennsylvania near his hometown of Nesquehoning, PA, the son of Nicholas Kominitsky and Julia (Fetsurka) Kominitsky.

He is survived by his loving wife of 63 years, Elsa Jean (Wildermuth) Kominitsky, as well as his sister, Vera (Kominitsky) Irish (Bill), and his brother, John Kominitsky. He leaves behind his nieces, nephews and great nieces and great nephews, all of whom he was very proud. He was especially proud when one of his great nieces was born on his birthday. He was preceded in death by his parents, Nicholas and Julia Kominitsky and his brother, Theodore Kominitsky.

Russell was raised in the coal mining town of Nesquehoning, PA., where his father, Nicholas Kominitsky was a motorman in the coal mines, and his maternal grandfather, Onifer Fetsurka was a locomotive engineer there as well. Russell graduated from Mauch Chunk Township High School in 1951, after which he joined the US Air Force and began his active duty at Edwards Air Force Base on June 25, 1951 as an Airman First Class until June 24, 1955. He then joined the Air Force Reserve on June 25, 1955 and served until June 24, 1959 when he received his Honorable Discharge. A year prior to his Honorable Discharge, he married the love of his life, Elsa Jean Wildermuth on June 29, 1958 in Jackson County, Missouri.

Russell was a dedicated educator who was also appreciated by his students before and after they graduated. He was proud that Rick Mears was one of his former students. Russell had many interests. He was a talented craftsman/artisan who spent countless hours working on fine woodworking and metal projects in his shop at home. He derived much pleasure from making handcrafted gifts for friends and family throughout the years. He also put his industrial arts skills to work on constructing wooden, miniature, motorized power racing boats, for which he also constructed the motors, for statewide competitions for many years. Russell was also an excellent cook and loved to share his family recipes with his guests. He enjoyed gardening and was talented at it. He selected many varieties of flowers that he grew from seeds and artfully filled his flowerbeds with them. He also enjoyed his cactus and vegetable garden. After retirement from teaching, he would host his buddies, who would frequently drop by his shop in his home, just to share project ideas, techniques, stories and to shoot the breeze. Some of those same buddies were members of a weekly Liar's Club that Russell enjoyed so much.

For many years, Russell and Elsa loved to travel on cruises as their favorite type of vacation enjoying the Caribbean, Hawaii, Costa Rica, the Panama Canal, Europe and Asia. Over the years, they also drove across the United States on summer vacation more than twelve times to visit relatives back East and in the Mid-West.

With deep gratitude, Elsa Kominitsky would like to thank the wonderful caregivers and staff members at The Pointe at Summit Hills, assisted living facility in Bakersfield, who took excellent care of Russell during much of his residence there. She also thanks the Hoffman Hospice caregivers for the wonderful care they provided over these last months. Elsa also wishes to thank Susan Wilson and Laura Stockton, dear friends, who have dedicated themselves to overseeing the Kominitskys' care.

A memorial service is pending and burial at the Bakersfield National Cemetery will be announced at a later date. 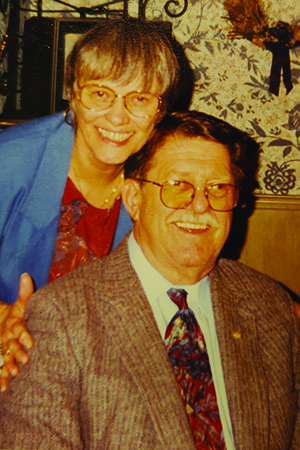 Published in Bakersfield Californian on Jun. 6, 2021.