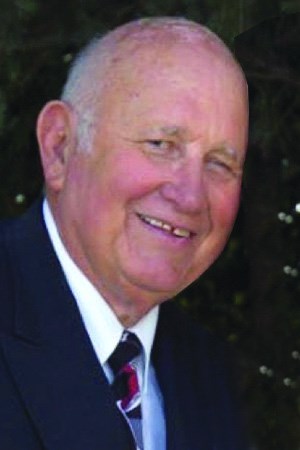 Harold Hal Almyron Eggleston went home to be with his Lord and Savior Jesus Christ on Tuesday, October 19, 2021.

Harold was born on August 30, 1932, to Harold Almyron Sr. and Ione Eggleston in Red Bluff, California. He was the youngest of five children.

Hal joined the United States Marine Corp in 1950 and proudly served as a Sergeant in the Korean War. During the war, Hal injured his left eye as a minesweeper but continued serving through 1954. When Hal was home on leave, he had a chance encounter with Suzanne Pond and was instantly smitten. A whirlwind courtship ended with a lifetime of love and happiness when they were married six months later in 1954.

Hal attended Bakersfield College, where he played for the Renegades football team. Ultimately a football injury caused Hal to lose all his vision in the left eye. This loss only made him more determined to seek higher education. Hal attended UCLA and then graduated from California State University at Fullerton with a degree in Education. He later earned his Master's of Education from Fresno State and began his 30-year career as a history teacher at South High School in 1964. He retired in 1994 as the last combined Activities and Athletics Director at South High.

Hal and Sue found Jesus together. They were devoted to their church, God, and family. Hal was abundantly blessed yet humble. He was a tenacious worker and servant of The Lord, and he was a proud and supportive father, grandpa and great-grandpa. He belonged to several service organizations and loved singing in the choir at Valley Baptist Church with his beloved wife.

Hal was preceded in death by his parents, siblings, and wife. He is survived by his children, David (Debbie) Eggleston, Perry (Sherry) Eggleston, James (Judy) Eggleston, Mary Higgins, and his many precious grandchildren and great-grandchildren.

The family is grateful for the care provided by the staff at Hoffmann Hospice and The Palms at San Lauren.

Hal would want others to remember John 15:12, words of Jesus, My command is this: LOVE each other as I have loved you. Also, Colossians 3:16, Let the message of Christ dwell among you richly as you TEACH and admonish one another with all wisdom through psalms, hymns, and songs from the Spirit, SINGing TO GOD WITH GRATITUDE in your hearts.

Services will be at Valley Baptist Church, 4800 Fruitvale Avenue, Bakersfield, CA, in the main sanctuary on Tuesday, November 2, 2021, at 10:00 am. A reception will follow at the church and a graveside service at 2:00 pm, where he will be laid to rest with his beloved wife at Bakersfield National Cemetery.

Published by Bakersfield Californian on Oct. 29, 2021.

Mr Eggleston recently passed away at the age of 89 in Bakersfield.

He was a well-liked teacher, administratror, coach and all-around respected citizen of our valley town.

I have a special affinity for Mr Eggleston because he was my homeroom teacher for four years,  We developed a good understanding of one another over those high school years. Students respected him and he had an easy, caring way about him.  He was never a harsh teacher and went out of his way to be kind and friendly to everybody.

One thing that struck me was how much Hal was universally liked by those who knew him, AFTER his teaching years were over.  Everyone on the reunion committee expressed their fond approval of Mr Eggleston, former teacher at South High. He knew many of you through the church he attended.

Here is a photo taken at our 50th Reunion in October, 2018.  The lineup includes: 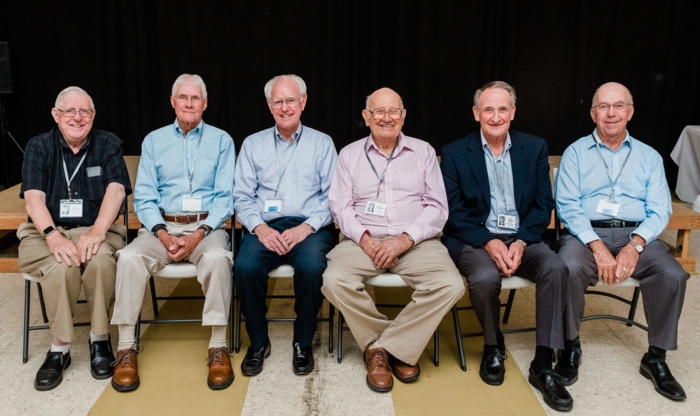 Hopefully, you had a chance to speak with these fine gentlmen.  It is a nice looking group! 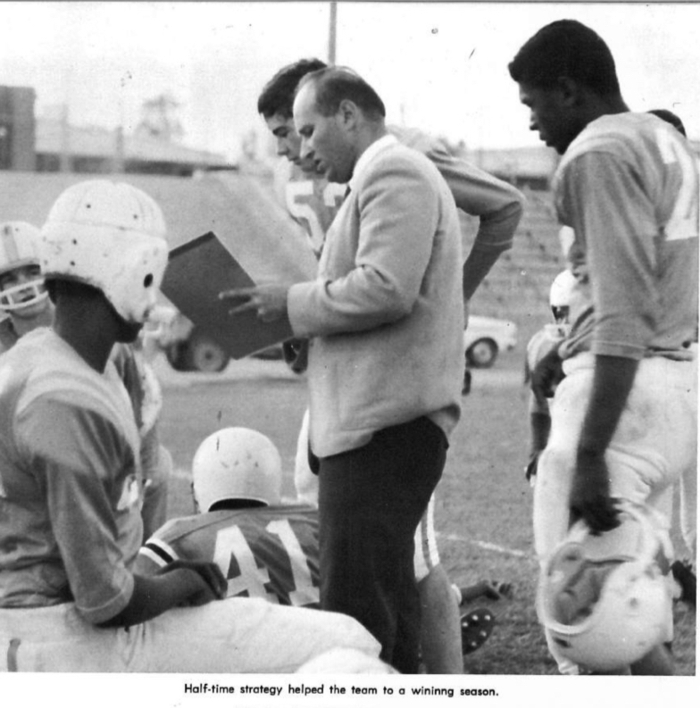 At the 50th I made it a point to talk with Hal about why he was my favorite coach of all time.  I had a lot of coaches at SHS and many more prior to high school.  I don't even know if we had an official JV football team during our junior year due to budget cuts, but whatever it was, I was on it on game days and played essentially every down at quarterback.  Myself, Jerry Mason, Mike Newby, and a few others would join the JV team when they were able to schedule a game.  Eggleston was the one and only coach.  We played 4 or 5 games that year and we had a great time, only losing one game to a suspiciously beefed up North team.  Eggleston just told me to run the offense the way I wanted to.  So I called every play and threw the ball all over the field -- and we won.  Eggleston gave me something that was unique in my high school sports experience: the freedom to create, an opportunity to lead, and responsibility for the results.  That's why I'll never forget him.  I am so happy that I was able to tell him, in person, how much I appreciated his influence on my life.  He was surprised and apparently, very happy to hear this.

The entire 50th Reunion experience was worth it to me just for this short conversation with Harold Eggleston.  I had been thinking about what I would say to him for decades.